‘MEMBERS ONLY’ Q&A ON NEW CONSTRUCTION SET FOR APRIL 11

For the 411 on zoning rules, from City Hall to the Amapas Plan Parcial to what can and can’t be built on that vacant lot down the street, you’ve got questions, and our panel of local experts has answers.

Join us at Incanto (Insurgentes, at the bridge) on Wednesday, April 11, at 11 AM, when we present a short course in Vallarta zoning rules and regulations:

“VALLARTA URBAN PLANNING 101”
Inspired by questions raised at our Annual General Meeting, this is the second in a series of special ANA ‘Members Only’ informational presentations.  Seating is limited.  To make a reservation, call our office, 322-223-8312.

On February 16, Act II Stages hosted ANA’s Annual General Meeting, and it ran, if you don’t mind us saying so, like a well-oiled machine.  About 40 members were present, with proxies getting us to quorum.  President Tom Swale reviewed ANA’s 2017 accomplishments, including the completion of our Hortensias Repaving Project and Phase One of our new Highway Sidewalk, not to mention inaugurating the new ‘emergency-only’ Amapas-Police Whatsapp channel and a new ANA-sponsored and run (first of its kind) Basic English For Police class that should improve interactions between Vallarta police and English-speaking residents and visitors.

Tom then looked ahead to 2018, focusing on ANA’s core mission of improving life in Amapas by targeting Security, Responsible Development, Streets and Infrastructure, and Building Community.  That means continuing to develop the Basic English for Police program, continuing Highway Sidewalk fundraising and construction, repainting our Highway crosswalks (and adding a new one at Macuaz), advancing the Pulpito Street Executive Plan, devoting $100,000 pesos to updating and improving the Amapas Plan Parcial, and aggressively monitoring building permit requests and construction in and around Amapas.

Tom stated that the recent hiring of Diego Villalobos as our Office Manager will help significantly in all these areas, as well as improving our response to member requests, membership and sponsorship outreach, and our social media presence – getting the word out on ANA activities and events.

Thanks to membership renewals, contributions and our new ANAual Giving Drive, ANA’s finances are strong for 2018, with projected income and expenses, not including fundraising for the Highway Sidewalk, which will be accounted for separately.  The Board hopes to raise additional funds from Mariachi, Margaritas & More, the Pulpito Drag Derby, and outreach to new members and sponsors, as well as contributions targeted to specific projects through the year.

Don also announced that he’ll be leaving the Board some time in the coming year, once a replacement Treasurer can be appointed and a smooth transition of responsibility accomplished.  After five years of managing amazing ANA growth and accomplishments while keeping us solvent and transparent, Don’s shoes will be hard to fill. 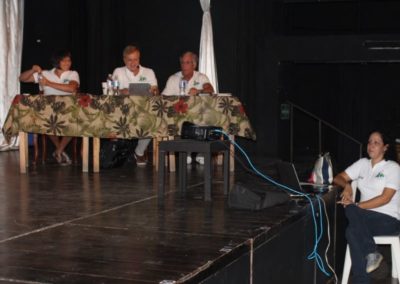 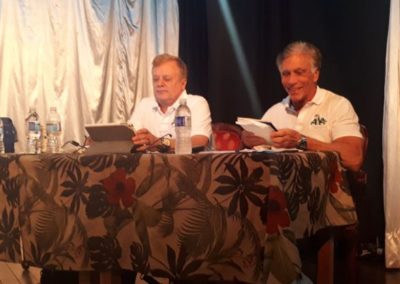