Several months ago, ANA began receiving complaints and requests from neighbors about the ‘Caballito Stairs,’ a narrow pedestrian stairway running down to the beach from Calle Santa Barbara, between Almar Resort and Vallarta Manor (at the top) and Vallarta Shores (at the beach): the bottom 12-15 feet of stairway were missing.  Obviously, this can be a real safety problem, especially at night.

And then, a couple of months ago, the Amapas Junta Vecinal received a petition about, among other things, rebuilding the stairs.

From documents, research, and conversation, it appears that two year or so ago,  some neighbors wanted to change the stairs, went to Emiliano Zapata and promised improvements, upgrades, landscaping and lighting, and got the go-ahead to replace them.  Then, without an actual permit, and over the objections of the owners, they started to build alternate stairway  attached to  Almar property.

Those “new stairs” were demolished the encroaching and replaced them with some temporary wooden ones that have since weathered away, so now there is nothing but an unmarked 12-15 foot drop from the last original landing to the street.

The destruction of the old stairs had the effect of enlarging the turn-around at the end of the Malecon, for which Vallarta Shores then managed to get a old parking permit.  According to the Director of Transito, these permits, no matter how they may be marked, are for loading and unloading only  — not actual parking.  However, this has now become fulltime defacto private parking.  As a result, turning around at the end of the street is now difficult, if not impossible.

Because ANA had been approached about the stairs being neighborhood safety issue, and the Junta Vecinal had been appealed to regarding this dispute between neighbors, it seemed appropriate to find out what was what, and to break the impasse, if possible.

Tom Swale as president of both organizations, and Gene Mendoza, as a vocal in both and a business owner in the beach/business area, arranged a series of meetings with with the neighbors sometimes individually, and sometimes together, and brokered a deal…or so we were led to believe.

Ignoring past history and who did what first, we would all work together to solve a lingering neighborhood problem, for the Amapas beach area, unwary stair-users, and the two neighboring businesses.  Each of the parties would independently get a bid to replace the stairs (with a few jointly agreed modifications); we would then meet and agree on the winning design and/or bid; neighbors will put up part of the cost, and ANA would hold the funds, supervise, and pay for the resulting construction.

On Tuesday, April 10, we had the final meeting and agreed on the bid and the price.  However, Vallarta Shore claimed that Obras Publicas had agreed to replace the stairs, beginning on Monday, April 15, and said we should wait until then.  The rest of us were highly skeptical, and Viviana’s phone calls to Obras Publicas and Planning contacts came up empty.  Nevertheless, we all agreed to wait and see.  But if Obras Publicas did not begin work on that date, we would proceed with the agreed plan.

After  three weeks, and no Obras Publicas.  Finally, on Wednesday, May 2, Tom Swale send an email to the ANA board, to get the agreement to the following deal:

The comitted neighbors will contribute with 2/3 of the budget of Caballito Stairs Reconstruction Project.  ANA will contribute up to a maximum of 1/3 to the project, which be awarded to our bidder, secure permission from Planning, generally supervise the project and administer the combined funds.

Finnally Monday 13th. the works have started, and Caballito Stairs will be back where they should be.

if you want to contribute to this project: 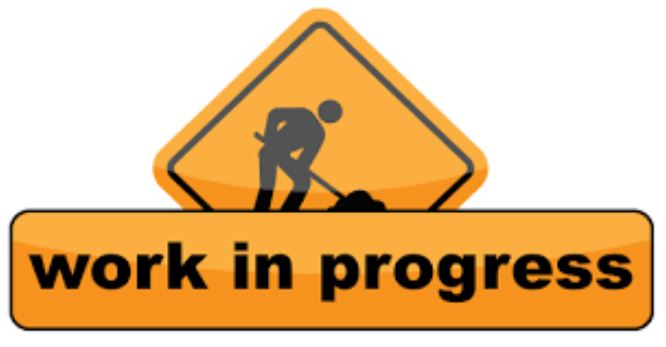 The Amapas Neighborhood Association (ANA) has five Board members:  Don Pickens (Treasurer), Sylvia Toy (Secretary), Gene Mendoza (Security), Harris Spiridonidis (Responsible Development), and Yasmin Todd (Volunteers). With Tom Swale’s passing and Michael Linder moving back to Dallas, we are short two Board members.
We met recently to review outstanding projects. During this time of great loss and transition, we want to make sure we use our limited time, energy, and resources in a meaningful manner.  We wish to continue the following projects as soon as possible:
Fundraising for Tom Swale Memorial Sidewalk:  to fulfill Tom’s wish to complete the sidewalk and add a permanent memorial of some sort, we will begin this project by mid-July.
Board Replacements:  Are you interested in serving your community? See the article below to learn more about the criteria.
Security:  The summer months are prime time for robberies to occur – many residents are gone and people are looking for easy things to steal.  The WhatsApp system is a great way to ensure the police are alerted when a crime is in progress.  Gene Mendoza heads up this effort.
ANA Business Brochure:  The summer months are a great time to round up businesses to advertise in ANA’s second Business Brochure.  Sylvia Toy is responsible for this fundraiser.
Pilitas Stairs:  A permit in the process to be granted.  A design has been selected.  Viviana will be responsible for overseeing this project.
Other projects planned for the fall:  Dinner Dance (Sylvia), Caballito Stairs (Gene), Monthly Meet and Greet (Sylvia), Membership Campaign (Sylvia), Repainting crosswalks and sidewalk curb (Gene)
Projects to be taken up after October:  Drag Derby, Presidents Reception, Mariachis Margaritas and More, Building Administrators, AMPI Meetings, Junta Vecinal, ANAual Fundraising, Topes on Callejon and Macuaz

It is “low season” in Vallarta and like every year we have been experiencing theft within our beloved Amapas and in the whole city, in general.  As properties sit empty, and sometimes while owners are in town or even asleep at night, thieves get away with stealing mostly what they can store in a backpack.  Expensive items such as wallets, phones, Ipads, cameras, jewelery, etc., are the favorite items for these thieves to steal.  Here are a few tips on how to protect yourselves and your property while you are away.  Please follow these steps or have your property manager or building administrator do them for you.

Enjoy the summer everyone!