The third annual Pulpito Drag Derby, kicking off the big Vallarta Pride/Memorial Day weekend, featured 16 high-heeled Drag Contestants competing for $8,000 pesos in cash prizes as they raced up and down Pulpito sidewalks and tackled 7 wacky Challenges.  Angie Star, sponsored by Coco’s Kitchen, won the Pinnacle Resorts First Place check for $5,000 pesos – for the second straight year.  La Morena, sponsored by La Noche, took 2nd place for $2,000, and Blondies’ Karla Fifi finished third, taking home $1,000 pesos.
The event, hosted at a brisk and hilarious pace by Mexico City-based comedian/drag chanteuse Hugo Blanquet and co-hosted by local real estate star Marc Serrao, began with  a Wet T-Shirt Contest (Men’s Division).  Ten strapping young men in tight white T-shirts rode ‘Max,’ the Mechanical Bull, to the delight of some 2,000 spectators, were hosed down in the Pose Down, soaking their t-shirts (some of which had to be removed), as they were judged for ‘Hotness, Wetness, Physicality, Personality and Physicality.’  The three judge panel declared Brandon Karim the Wet T-Shirt Winner.

A thoroughly mixed crowd of Norteno visitors and Nationals filled Pulpito Plaza – the intersection of Pulpito and Olas Altas – buying souvenir t-shirts and betting on the Derby contestants.  Bets placed on the winner won three times their face-value in Pulpito Pesos, good for food and drink at many local bars and restaurants.Our special thanks to our sponsors, and the two dozen ANA members and neighbors – you know who you are – who volunteered their time and energy to run the Derby, manage the stage, wrangle the contestants, judge the events, and sell bets, beer and t-shirts!

Thanks to many generous sponsors and great crowd participation, this year’s Derby netted $50,200 pesos for street improvements and lighting in the Pulpito area, plus an additional $5,000 pesos to local charity SETAC. 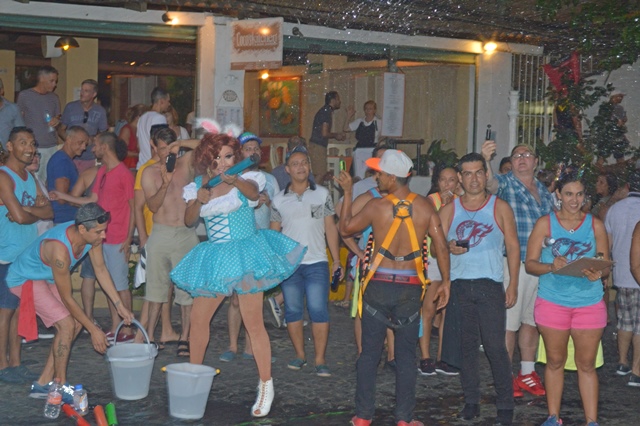 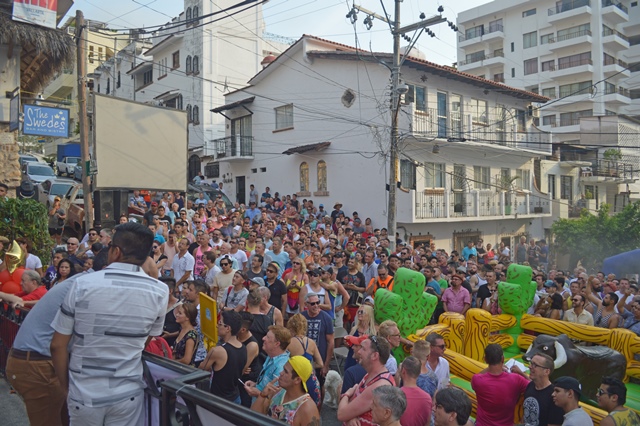 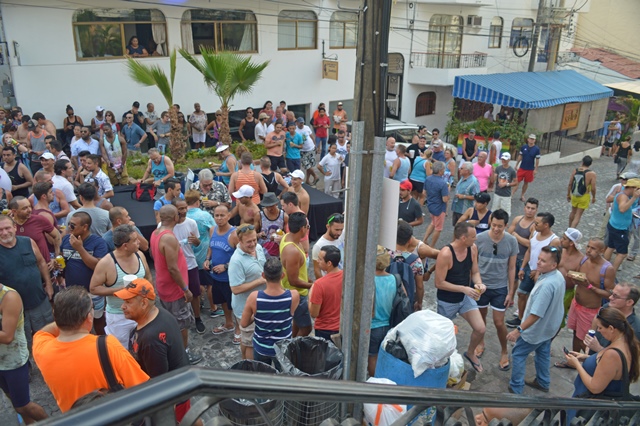