Local Real Estate manager and Amapas homeowner Susan Wiseman was one of the founders of the ANA and has been deeply involved with neighborhood issues.  Here is her recollection of the founding of the ANA:

“I am thinking but may be off a year or two that in 1998 or 99 when what is now Amapas 1 was just a lovely jungle filled hillside that a group of workers appeared there and were setting fire to the land.  It was definitely in the spring as everything was very dry, and the fear was that it would quickly get out of control, and as our palapa and our stationary gas tank were quite close by, an amount of panic set in.  We rallied the neighbors and we were out there dragging buckets of water, shouting at these workers to stamp the damn thing out before they created a disaster.

In those days, there was a quasi attorney Francisco Acona, who had his office where Notary # 5 now is.

I remember that he called me to ask my co operation on some level as someone was planning to build a condominium there.

I promised no co operation whatsoever, and told him that the neighbors and I would do whatever was possible to stop any building.

I am not quite sure how we got from that point to the first association, but somehow we did, and the early meetings were started. Rosa Limon the owner of papeleria Limon knew someone we knew and at that time was very involved in ecological issues and trying to protect Vallarta.  We quickly enlisted her help to save the neighborhood, and she was able to guide us through the process.

She, if I recall correctly, got us hooked up with the city, and our association was formed. There were not so many neighbors to choose from at that time, so a group of people volunteered to get involved from Hortencias, and Diane from Gardenias.

We felt we needed some Mexican representation, and her friend Sergio who’s last name  forget, volunteered to act as a part of the association, in an administrative capacity.

Again, memory does not recall all the details, other than a meeting held, in what I think was my first office on Francisca Rodriguez, where the city was in attendance, a board elected and we went from there.

In truth, I do not recall how the people on the now Amapas lot went away, other than it was not worth their while at that time to fight with us.  We were fairly aggressive during the process, and they packed their plans and disappeared. 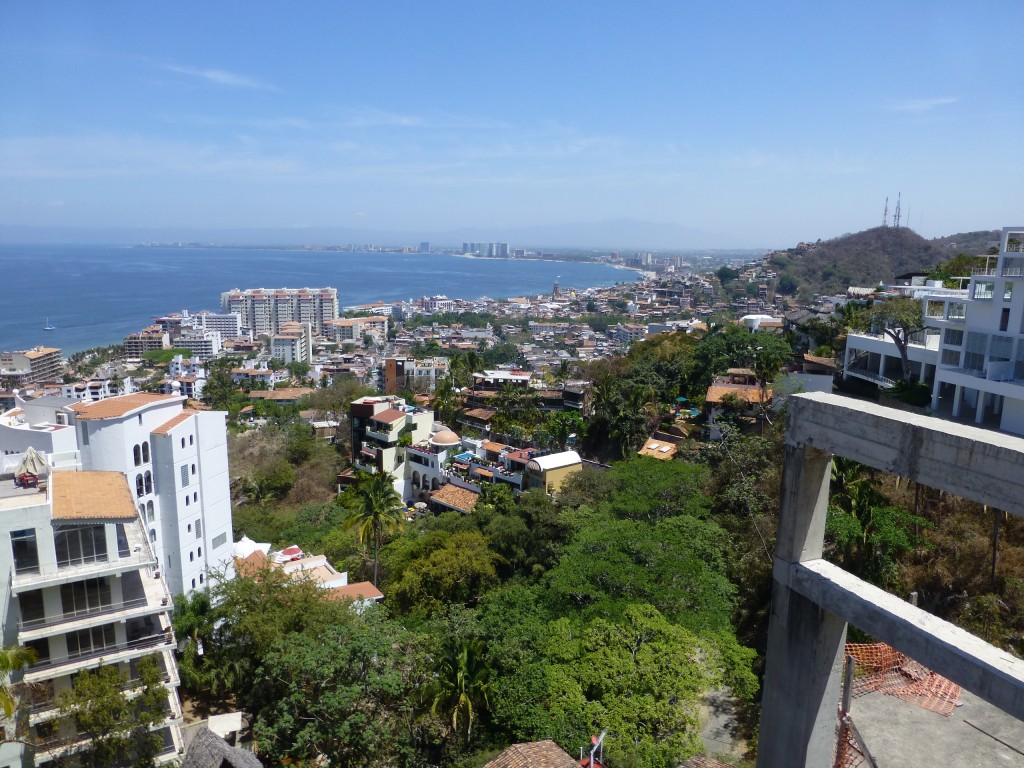 We did not really come back together until 2006, and that reunion was precipitated by the excavation of the lot Amapas 1, and the summer spent calling Protection Civil, as the landslides continued.  It was also clear during that time, that people such as Chuck Toops were hurting the land as the units fell from El Campanerio, and we were able to recognize several other building sites in and around us where no precautions were being taken to safeguard the land and the adjoining properties from landslides and coming erosion.

Many neighbors had reason to fear damage to their property, as we experienced severe problems from both Colina 2 and Amapas.  Yvonne Kalman, from Casas Yvonekka was good friends with Nellie Barquet, one of the old guard of PV, and through Nellie, we were able to get a voice at a city hall meeting.

We were also able to work with the Senator at the time (wife of the previous mayor and owner of the Tribune), who came out and inspected all these sites we had identified as problematic.

What I can tell you was that the neighborhood came together, and cared enough to get out, make a lot of noise, go to city hall, and ultimately some mayor type orders were issued, that insisted on the protection of the land.  We had been able to get a lot of press coverage, a video was made, photos taken etc.

Clearly it did not stop Amapas 1 or the project Colina 2, but it did I think let the developers know the citizens were not happy.

Don Pickens was fighting the fight about the property in front of Callejon de la  Igualdad during this time .

I guess the association as we know it today came back together when Pinnacle raised its ugly head, and there was talk of a new association and, I reminded whoever that ours was still on the books, and that there was still $ in the bank.