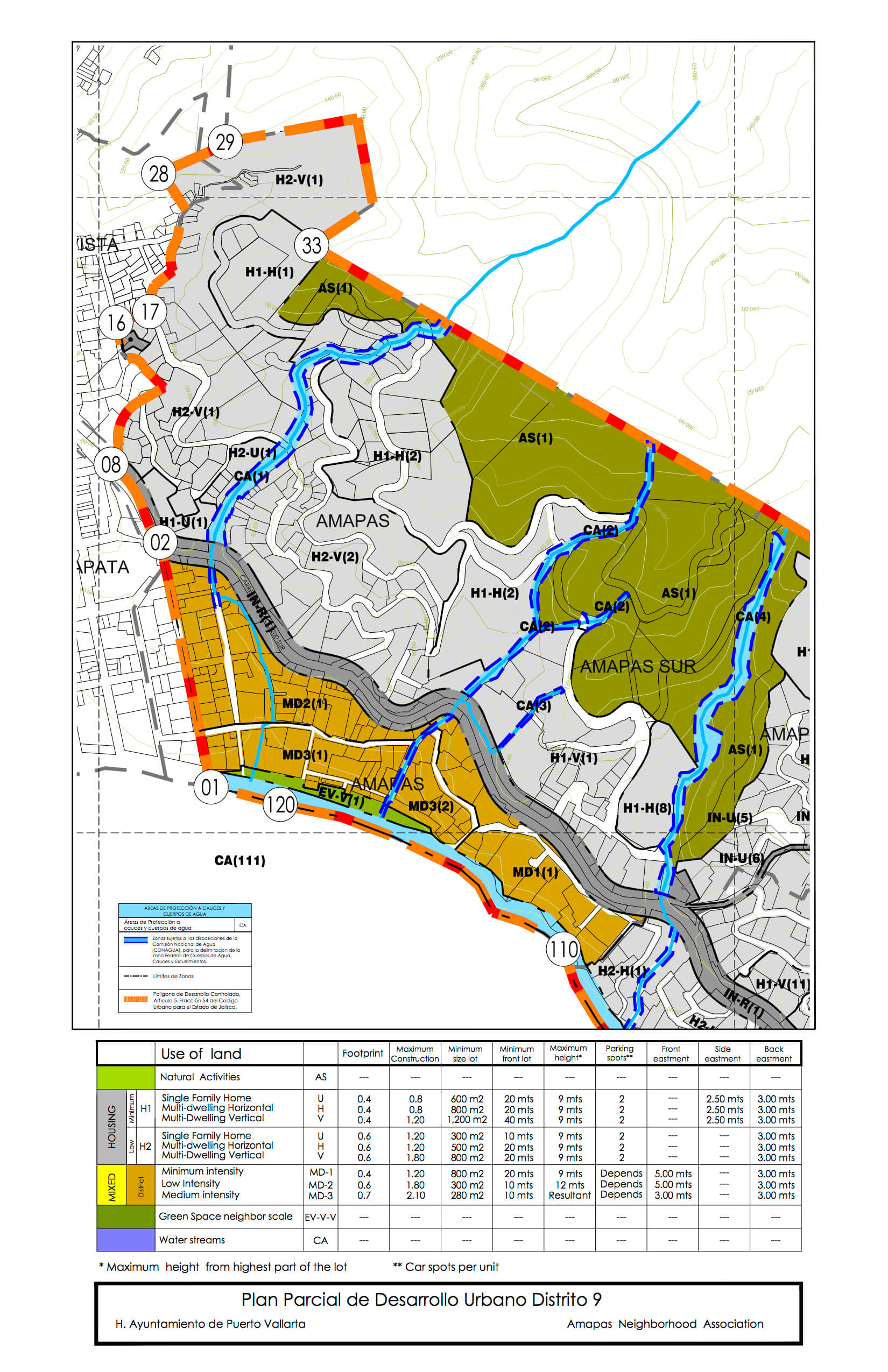 Zoning Map for District 9, click for larger image and see bottom of page for full PDF

The Plan Parcial de Desarrollo Urbano (Partial Plan) aims to specify the zoning and land use regulating the territory in its area of application in more detail. During the municipal administration 2010-12 were formulated and approved eight Partial Plans; one was the District 9th, located in the south zone of Puerto Vallarta.

The area is known for its high level of urbanization and for hosting emblematic colonies with tourist homes such as Amapas and Conchas Chinas, which still keep their natural and environmental value. However, in recent years, has dominated the excessive real estate investment, to the detriment of the good conditions of urban life.

The process of formulation of the Plan Parcial had the enthusiastic participation of neighbors who were concerned by the excessive urbanization and chaotic management of the urban administration. Therefore, the main objective of the PPDU was promoting a low density by encouraging single family dwelling as opposed to the vertical high rise buildings, regulating heights and the excessive densifications. The lower part had mixed and tourist uses medium density and in the upper part, low density housing (single family dwelling and vertical building).

The Plan was approved in September 2012 and becomes the norm for urban actions in the area since then.