Home Latest news Local! National International Security Home / Puerto Vallarta / An aberration and simulation of Urban Development Plans An aberration and simulation of Urban Development Plans Categories! The lawyer Raúl Rodríguez Rosales, an expert in urban, environmental and real estate matters, has already analyzed the information presented in the public consultation, for the update of the Partial Urban Development Plans, which he described as an aberration and simulation. It may interest you: They propose that Vallarta be a “sustainable compact city” It should be remembered that from October 9 until November 9, the plans were installed in the 4 municipal delegations, the UMA and the Presidency, where the projects of the 12 urban districts are exposed. There, citizens can present their observations and contributions in writing, on the use of land and territorial planning of Puerto Vallarta. PUERTO VALLARTA October 26, 2020 Miguel Gonzalez Guerra READY, SET, FLIP MAKE IT YOURS

The lawyer Rodríguez gave as an example District 9, which includes the Conchas Chinas, Amapas, El Nogalito and South Hotel Zone Fractions. # “These plans that are in consultation, specifically District 9, from my point of view technically and legally are an aberration … a proposal that is actually a simulation, because I cannot call it something else,” he stressed. “Simply and simply violates every concept of orderly sustainable planning, definitely that proposal that is there, categorically is a simulation that weighs the investment of capital swallows only”.

He explained that in this area they have H1 of land use with respect for the environment; with 15 housing units per hectare, which regularly shows two or three levels of height, and in the project presented in this public consultation they contemplate 222 units. Now, he said, they also intend to include H2, H3 and H4, which is equivalent to putting a multifamily like La Aurora in the Conchas Chinas subdivision; What, from the environmental and technical point of view, it considered, that density is not viable, so it announced that it will be making the legal observations. THE MOST NEW AMLO announces sale of former ISSSTE headquarters valued at 5mmdp ! OCTOBER 29,
2020 With an economic decline above the national average, 17 states ! OCTOBER 29, 2020 Former US embassy official “hunted” her victims on Tinder !
OCTOBER 29, 2020 AMLO rejects that the defense of Cienfuegos in the US will be paid ! OCTOBER 29, 2020 They find a corpse hanging in the Floresta !
OCTOBER 29, 2020

FAQS 8 QUESTIONS AND ANSWERS ABOUT ANA

INFRASTRUCTURE IN THE AMAPS ZONE

SAFETY AND SECURITY OF PERSON AND PLACE COUNCIL

ANA Security And Safety – Our Goal, In A Word Is ”Prevention”

The Mexican legal system changed a few years ago, moving away from Napoleonic law, “You are guilty until proven innocent” to the new standard, “You are innocent until proven guilty”, based on this the ANA goal is to work on

Rather than catching the criminal after the fact.

In most cases the criminals are released from jail within 24 hours or less and never return for their court appearance.

In 2018 the ANA surveyed all its members using an email questionnaire. It was determined from the results of this survey Security and Safety is the top, and number 1 priority of the ANA members.

The ANA has taken this very seriously, making Security and Safety of Amapas and the ANA members the number 1 priority.

An additional meeting was held after tabulating the survey results on (date) 2018 with the ANA membership to get a better understanding of what you, our members, were looking for in Security and Safety.

Since the inception back in 2018, making Security and Safety the ANA number 1 priority, the ANA has initiated the following measures, which our members have asked for and helped with, to help make Amapas a more Secure and Safer place to live for all Amapas residents and the ANA members:

The goal is to make the streets, highways and sidewalks of Amapas safer to use for pedestrians while disrupting traffic as little as possible.

Meetings were held with the Chief of Police to determine what the ANA could do and not do to improve traffic safety in Amapas.

Next, meetings were held with concerned ANA members, both pedestrians and those who drove vehicles to see what the membership wanted to be done. It was important to get the perspective of both pedestrian and vehicle drivers before making any final recommendations to the police for implementation.

A pilot program is being developed and will be implemented later in 2020 if funding is available.

This program was launched in ???? with the police. The goal is to give ANA members quick access to the police to report a crime in progress. This service can be used in conjunction with a 911 call. New guidelines were developed and launched in 2020 to streamline program.

Monthly meetings are being held with Chief of Police to discuss current issues and situations. These meetings have proven to be extremely useful in improving the ANA’s rapport with the police and helping to get a quicker response from the police in general.

Bring any issues, no matter how big or small, forward to the ANA for discussion with the Police Chief at our next meeting.

The Security Council was established in 2019. The group is made up of ANA board members, the ANA Administration, representatives from FBM, other concerned ANA members, and home owners who are ANA members.

The purpose of the security council is to meet on a regular basis, monthly, or more often if required, to advise the ANA board and discuss Security and Safety issues in Amapas with recommended solutions. Many of these meeting have guest speakers that advise the Security Council on specific subject or topics.

If your building isn’t represented or if you are concerned home owner and would like to be part of the Security Council, contact the ANA office for more information or to join the group.

The neighborhood watch signs are available in both Spanish and/ or English. The signs were developed to be placed on Condo buildings, homes, and in public areas to let criminals know we the residents of Amapas are watching. The signs are avaible in two different sizes, large 24” X 24” or 60cm X 60cm and smaller version, 14” X 14” or 35cm X 35cm.

The WhatsApp Neighborhood program has been developed to let you and your fellow ANA neighbors communicate with each other in English to discuss and inform of suspicious looking events and people on your street, without getting the police involved.

A Street Captain is a person who is part of the WhatsApp Neighborhood Street Program, and the WhatsApp Security Program, who is bilingual, that will take a leadership role on your street when it comes to Security and Safety issues. Your Street Captain can contact the police or even the Chief of Police on your behalf if required.

As a result of Covid – 19 the ANA through the newsletter and the ANA website is giving regular updates on the health and welfare of Amapas and Puerto Vallarta in general. As many of our members are part-time residents of Amapas it is important these people get a clear and truthful understanding of the health and welfare conditions of your Mexican home. 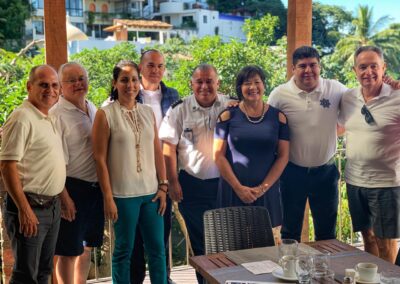 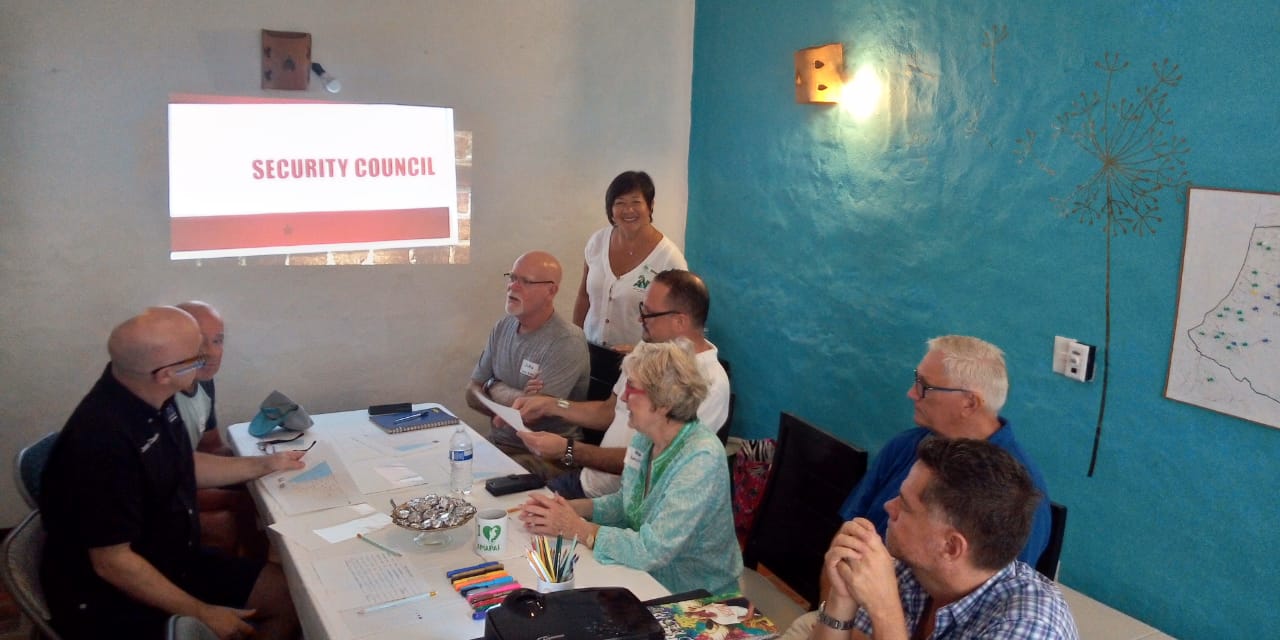 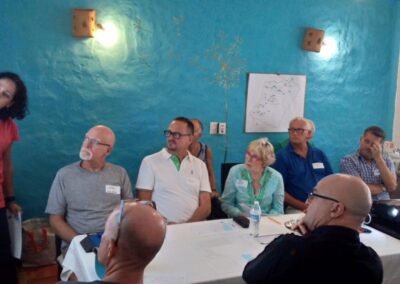 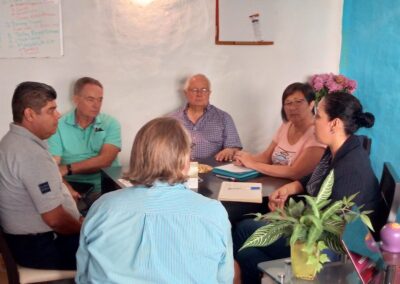 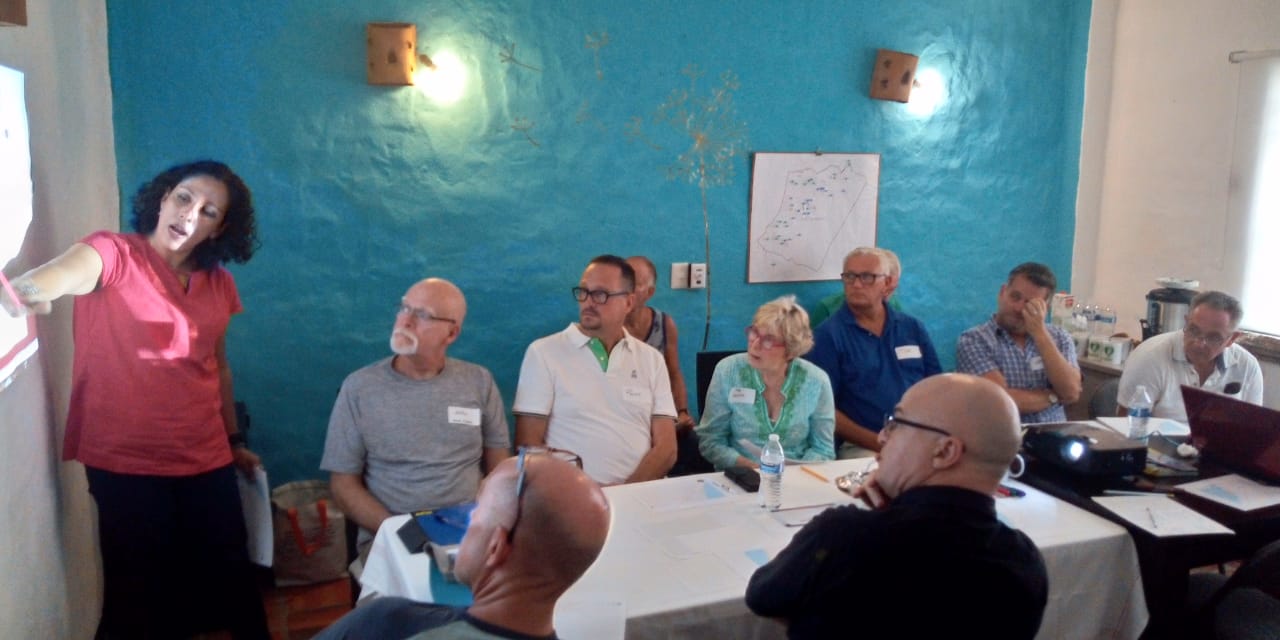