ANA sets itself apart from other neighborhood associations by creating community through its monthly Meet and Greet activities and Night Out events.  They are great opportunities to meet neighbors, make connections, and find out what’s going on in the neighborhood.  This year we’re going to try something new.  We’re going to alternate between the third Thursday and Friday of the month.  Since some of the ANA Board members are business owners it is difficult for them to get away on Fridays while other Board members have scheduled activities on Thursdays.  Since one specific day wouldn’t work we are splitting the year down the middle.  Mark your calendars with the upcoming schedule.

Back to School Special

Monday, August 20th was the first day of school for students in Puerto Vallarta.  We all know Escuela Lazaro Cardenas with the beautiful mosaics on the outside.  From the park we can hear the voices of the young children inside chanting and giggling. The children are dressed immaculately.  Each classroom has a motivated teacher with 25 to 30 polite students.  It sounds magical but the physical condition of the school inside does not match its outside beauty.

The president of the school’s parent group, Maria Robles, was kind enough to guide interim ANA President, Sylvia Toy, through the school that first day of classes.  Students study in temperatures that would challenge the best of us. The school administration and parent’s group has been working with the owner of Los Arcos Hotel to repair and replace some of the antiquated air conditioning units in the classrooms along the park side. The windows are plastics sheets some with gaping holes.

Maria explained to Sylvia that one of the school’s most pressing needs was working bathrooms for the children and teachers.  Sylvia contacted two ANA members who agreed to make sure there would be functioning bathrooms as soon as possible.  By the following Monday, August 27th, Frank Horvath and Steve Ross, los Americanos (as they became known to the kids),  fixed 10 sinks, 12 toilets, 4 floor drains, and one five-foot urinal.

ANA thanks them for the time and materials they donated to the school.  We are proud of our members improving the quality of life in our community. 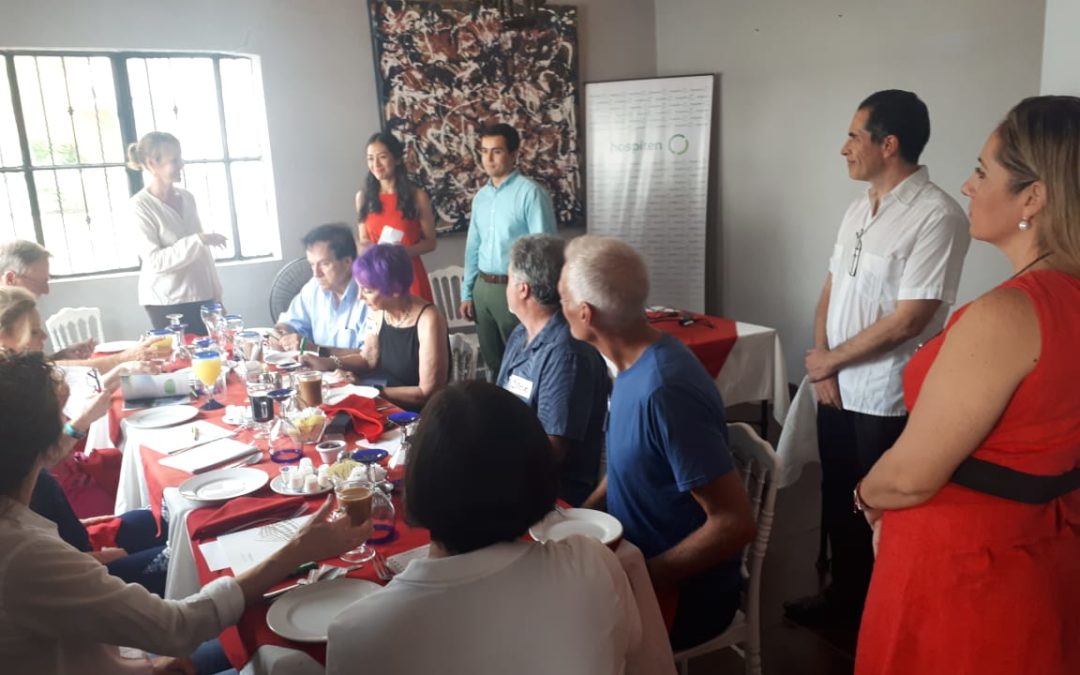 The four benefits of taking part of this new program include:

What does this service cost?  Absolutely nothing until January 2019.  Then the services will be $30/month per individual.  Additionally, you can purchase the service on a monthly basis so if you’re a part-time resident you only pay for the months you’re in PV.  Great deal!

Interested in learning more about the MyHealth program?  Call 322-226-2081 and identify yourself as an ANA member.  They’ll answer your questions or set you up for an appointment.