Contreras shared that bench material has been brought in to counterbalance the affected slopes. Despite this year’s torrential rains there have been many preparations to withstand the strong winds and the incessant rain. This has included plastic sheeting and netting to keep the new soil in place.
President Sylvia Toy is actually standing on the perimeter of the base of Calle Santa Barbara.

ANA’s attempts at bringing in funds speak loudly as to where our members’ priorities are – fighting irresponsible development does not appear to be a priority. To date we’ve only brought in 20,000 pesos (approx. $1000 USD). Our target was to build up a war chest and the reality is that we have a small piggy bank. This is tragic as we now have consultation and scientific studies to back up our effort to combat irresponsible development.

Continued development without appropriately issued permits, and without appropriate environmental and engineering impact studies will continue to result in the issues we have observed with Calle Santa Barbara and the Rivera Cuale Condos now tottering on the edge of Rio Cuale.

It is critical to understand that when a building collapses it affects all the properties and infrastructure around it. ANA cannot continue to do our work which includes negotiations and interventions without your financial support.

A Seat at the Table

For the first time the Amapas Junta Vecinal and the Amapas Neighborhood Association (ANA) had a seat at the table with a developer prior to them breaking ground. Excuse the pun, but it was Ground Breaking!

As Sylvia Toy represents both organizations, the developers were seeking approval of the Junta. The EDGE development will be located on Calle Malecón at the site of Villas Enriques and Grupo GOVA is the development company.

Discussions and negotiations were held over the course of several months and the developer has pledged significant improvements to the surrounding community, such as improving Calle Malecon, increased lighting, burying overhead wires and cables, improvements to the boca calles (water entrances to the beach), and conservation of the various arroyos (creeks). These are huge wins for Amapas as we have never been in a position to demand such improvements.

The Junta’s goal was to obtain observable and measurable improvements to the impacted community. Destruction and construction are messy events. There is no avoiding that process. We are confident that everyone will be pleased once the entire project is finished and the improvements are more easily seen.

More details will be forthcoming in the next Newsletter once formal agreements have been finalized.

Where does all of the water go that comes from the rain ? It all flows down and eventually down to the sea. Hurricane Nora‘s damage to Puerto Vallarta occurred as a result of the heavy rains that accumulated up in the mountains and then came roaring down the Rio Cuale, Rio Pitiall, and Rio Ameca. The Amapas community also has lots of arroyos, narrow creeks, where water trickles down to the beaches. Again, with Hurricane Nora and this year’s overly abundant rainy season, it is more obvious what the water and drainage issues are in the area. For years these drains have been handling everything that comes down from the mountains – good, bad, and ugly. The picture below of a boca calle is but one area that highlights the infrastructure projects that need to occur in the Amapas neighborhood.

The goal of the Amapas Junta Vecinal and ANA is that this type of infrastructure improvement be addressed through the agreement with Grupo GOVA as mentioned above. What does this mean for the Amapas community (ANA and the Junta)? Our community does not need to raise funds to get this type of work done! It will be done and paid for by the developer. An important first for our Amapas community!

A COMMUNITY COMES TOGETHER AFTER HURRICANE NORA

Even though Hurricane Nora was only a Category 1 hurricane, the rainfall in the mountains of Vallarta created significant flooding and devastation along the three rivers that serve Puerto Vallarta – Rio Cuale, Rio Pitillal, and Rio Ameca. The damage on the Rio Cuale is what most people saw as the waters crashed into the bridge at Calle Insurgentes (on one side is Incanto and the other side is Bonito Kitchen).

The Amapas Neighborhood Association (ANA) kicked into action and using PAVE funds, ANA Administrator, Viviana Teston, was able to bring roasted chicken lunches and cokes for two straight days to those who were working nonstop (City workers, Marines, neighbors, business owners, and volunteers) to clean up the mess – tons of mud, debris, and water.

It took us exactly one year to finish the Amapas wall located on Highway 200 and near the OXXO. Not bad considering all of the various restrictions we had to contend with because of the pandemic. With the leadership of PVShares and its founder Elroy Quenroe, an ANA member, and 23 generous donors we raised the much needed funds to paint a mural on the longest wall in the center. Sharo Garcia was the chosen muralist whose mural evoked the movement and various creatures one would see in the Amapas area. That was Phase I. 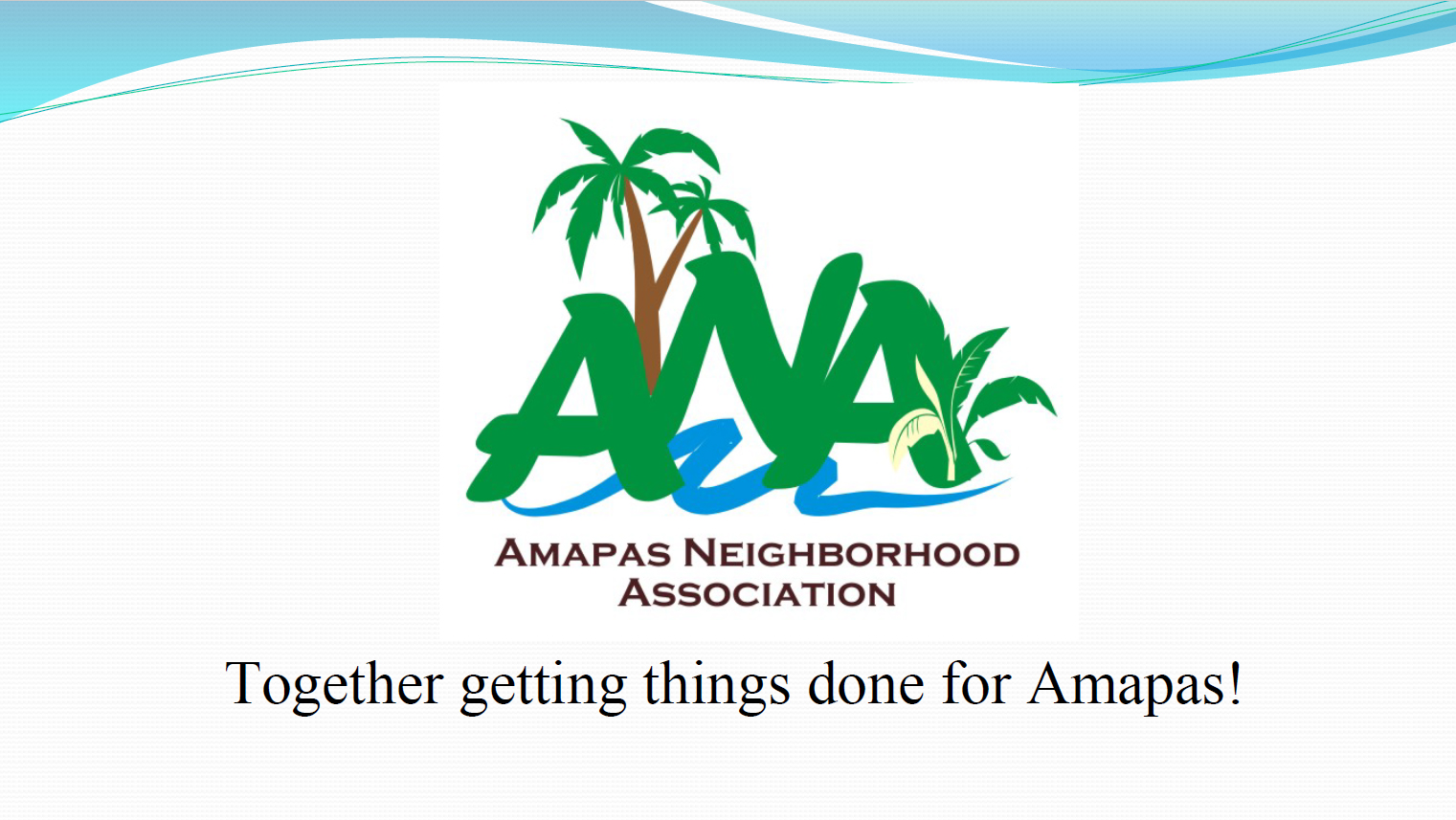 Article Name
September Higlights
Description
It was a friendly and informative meeting which gave us another perspective from which to see what has been going on since the landslide occurred on August 10. According to Contreras, reducing the risk of more collapses and rebuilding the street of Calle Santa Barbara have been their top two priorities.
Author
Silvia Toy